In the 1940s, World War II pulled six million women into the U.S. labor force. Less than a decade later, most had returned to domestic roles, and many who stayed in the workforce were summarily demoted.

In 2019, women are once again diving into male-dominated blue-collar jobs like construction, transportation, warehouse work and protective services. The key differences between World War II and today — a historical tight labor market and a trend toward flexible working conditions — could help make skilled labor a permanently female-friendly vocation.

For at least the last five years, the number of women in blue-collar trades has trended up. From 2000 to 2018, women’s participation in truck driving, material moving and warehouse work grew 43%, according to the U.S. Department of Labor. Protective services — police officers and security guards — have also seen a 40% bump in female labor, and even construction now has 23% more women working in the sector.

For at least the last five years, the number of women in blue-collar trades has trended up.

Reasons for the trend include a historically low national unemployment rate (3.6%) and companies’ difficulty filling open positions with qualified workers. As of March 29, 2019, there were 7.5 million unfilled jobs across the U.S. The previous month, almost a half million manufacturing jobs and a quarter of a million construction jobs remained vacant.

As baby boomers retire in droves, fewer young adults are interested in manual labor jobs. The younger generation of men who once formed the backbone of this sector are largely absent. Some are opting to pursue higher education, and others have been lost to the opioid epidemic. Meanwhile, a large number of manual-labor jobs have been automated out of existence.

With so few job applicants, companies have little choice but to cast a wider net for new hires. Local organizations, businesses and unions are broadening their recruitment efforts to target women. For example, Dart Transit, a trucking company in Minnesota, is using targeted advertising to attract female drivers. In Ohio, Jet Express more than doubled its number of women truckers in the last three years, and the state department of transportation has added over 1,000 female employees since 2011.

To sweeten the deal, employers are also offering better benefits and easier lifestyles for their workers. Some companies have instituted 9 a.m. to 2 p.m. shifts so parents can pick children up from school. Others have added optional 12-hour weekend shifts for workers to make extra money. Carpentry companies are wrestling more control over worker timelines from their clients, and trucking companies are changing routes so that parents are not away for weeks at a time.

These workplace adjustments portend a more drastic sea change than similar surges of female labor during the 20th century. In construction, for example, men more often find jobs through family and personal networks — informal recruiting systems that have long kept men cycling in and kept women out. Now, female drivers, plumbers, electricians and warehouse workers are recruiting other women.

Truck driving is an industry where women are making a discernable impact. The industry is short at least 50,000 drivers, a number that could triple by 2024. The job pays a median wage of $45,000 per year and requires only a Class A commercial driver’s license.

Women are answering the call to drive trucks, and their employers are enjoying the ride. They claim women are safer and more efficient drivers and less prone to road rage. The also tend to stay with the same company longer than men. Changes to workplace cultures tend to stick when they support the bottom line, and there are now over 60 trucking companies that employ only women drivers.

Unlike the middle of the last century, our current moment sees multiple factors colliding to make blue-collar work permanently female-friendly. A labor shortage is pushing companies to recruit women into roles unfilled by men, and activists are harnessing political energy and social media to pressure businesses to adopt more female-friendly cultures and policies. With barriers to entry falling everywhere and “masculine” tasks being absorbed by machines, even when the economy shifts, women in blue-collar jobs are likely to work through it. 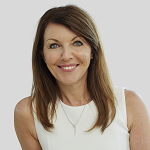 Rebecca Henderson is CEO of Randstad Sourceright and a Randstad Executive Board member.