Too often, diversity, equity and inclusion (DEI) initiatives get “stuck in the middle.” In other words, even if C-level executives are committed to fostering a diverse and inclusive culture, if middle managers (either consciously or unconsciously) fail to champion DEI through their day-to-day actions and interactions with employees, DEI initiatives will fail.

Stephanie Creary, an assistant professor of management at the Wharton School of the University of Pennsylvania who co-authored the report, “Improving Workplace Culture Through Evidence-based Diversity, Equity and Inclusion Practices,” writes that, “Middle managers are responsible for the daily operation of the enterprise and are tasked with carrying out policies that directly affect the lives of employees.” Therefore, “the bulk of DEI work falls on their shoulders.”

What role do middle managers really play in advancing DEI at work, and how can learning and development (L&D) leaders help turn middle managers into DEI champions? Let’s dive in.

There are many reasons why DEI training fails. According to Training Industry Courses’ Building D&I Training Programs Workshop, some of the pitfalls sabotaging DEI efforts include, but are not limited to: not having a clear DEI strategy in place, rolling out reactive programs, such as those launched in response to societal events, and a failure to ignite a long-term investment in and commitment to DEI.

Middle managers play “an incredibly important role” in implementing and supporting a company’s DEI strategy, says Dr. Kristal Walker, CPTM, Training Industry Courses’ Building D&I Training Programs Workshop instructor and vice president of employee well-being at Sweetwater. What most training professionals don’t realize, she says, is that although you need buy-in from the top, it “takes a true village” to champion DEI in the workplace.

Middle managers are an essential component of this “village.” After all, “Middle managers touch so many people within an organization. If they aren’t given the tools they need to transform [the] culture, the organization will stay the same,” says Krista White, co-author of “Anti-Racist Leadership” and co-founder of Culture Design Lab. James D. White, who co-authored “Anti-Racist Leadership” and co-founded Culture Design Lab with Krista White and is the former chief executive officer of Jamba Juice, agrees that middle managers are “the key” to breaking systemic barriers that prevent DEI initiatives from achieving real change. “At every organization I’ve helped lead, I’ve found that you need effective policies to embed diversity and inclusion into the [organization’s] DNA, but middle-level managers hold the key to delivering it,” he says.

It “takes a true village” to champion DEI in the workplace.

It’s clear that middle managers can make or break DEI efforts. So, it’s essential to arm them with the skills they need to become active DEI champions.

Ivori Johnson, director of diversity, equity, inclusion and belonging at ChartHop, a people analytics platform, says that the No. 1 skill middle managers need to champion DEI is awareness, because unconscious biases “prevent people from being as inclusive as they want to [be].”

Unconscious bias can show up in a variety of ways, impacting both our thought patterns and behaviors. Gender bias, for example, might show up as a well-intentioned man thinking he should be the one to travel internationally to make an important client pitch because his female colleague, who is also in the running to make the pitch, has young children at home. In this case, a man is assuming that his female colleague is not able to (or does not want to) travel for business because she is a mother of young children.

By making our unconscious biases “conscious,” we can pause and reflect when they inevitably surface and course-correct accordingly.

To be DEI champions, middle managers also need to be aware of their privilege, Johnson says, whether it’s white privilege, socioeconomic privilege, or privilege related to their position in the organizational hierarchy. When middle managers recognize their privilege, they can leverage it for good, whether that means mentoring employees from diverse backgrounds, amplifying women’s voices in male-dominated fields or simply recommending a lower-level employee for a stretch assignment that can help them advance.

After building awareness, Walker suggests training middle managers on cultural competence. When organizations take the time to redefine what culture means to them and their employees, and then use that definition to “truly understand the various cultures that exists within their walls,” the primary question becomes, “What skills do I need to work cross-culturally with people who represent cultural backgrounds that are different than mine?”

Training that builds middle managers’ cultural and emotional awareness, interpersonal communication and team-building skills “have always worked to support DEI strategy and initiatives,” Walker explains. The pre-requisite for this training, she says, should include a reason that “personally motivates” the learner to increase their motivation and engagement. For a learner who is part of the LGBTQIA+ community, this “reason” might be to pioneer a more inclusive future of work for gender non-conforming employees. For a woman in a leadership position, this “reason” might be to pave the way for future female leaders in the organization. When it comes to DEI, everyone has a “why.”

Although training alone can’t solve systemic racism and other deeply-rooted barriers that prevent companies from being equitable and inclusive, it’s an important piece of the puzzle. Coupled with broader DEI efforts like public-private partnerships, DEI training can help companies achieve meaningful change.

As with any training initiative, L&D leaders need stakeholder support and buy-in to deliver DEI programs aimed at middle managers.

Fortunately, Walker says, “Learning leaders make great business partners, especially because we have the power to impact and effect change.” Her advice? Leverage your position, skill set and autonomy to “weave DEI strategy into general business operations” so much so that it becomes challenging to distinguish between DEI strategy and business strategy.

By clearly connecting DEI training to organizational goals and priorities, you can make the business case for your initiatives and gain the buy-in you need to deliver them.

In the end, middle managers are the “catalyst for change,” James D. White says. By transforming them into DEI champions, a more inclusive future of work is not only possible — it’s achievable. 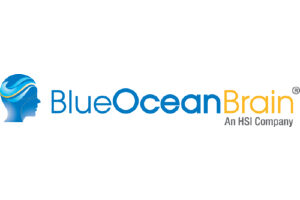