The diversity, equity and inclusion workshop is over. The evaluations were positive; attendees were energized by a new understanding of the issues. But three months later, what behaviors have changed? Too often, the answer is, “Not much” or, “Not enough.”

Even a strong “aha!” moment during a workshop is insufficient to lead to lasting change. Often, there’s a gap between employees’ understanding of the issues and their follow-through with appropriate, respectful behavior. They may ask — or should ask — “Now what? What should I be doing differently?” We can’t expect learners to know what to do without appropriate training in new skills.

How can training professionals move beyond producing initial enlightenment to produce genuine lasting change that accomplishes company goals, protects and enhances the organization, and helps employees learn both what not to do and as what to do? The answer lies with three essential factors for producing lasting behavioral change.

The first factor is that the training should occur in small amounts over time, though the first session may be relatively long. Combine a cognitive understanding of the change you want and why you want it with clear-cut guidance about the desired behavioral actions. Learners need to know what successful behavior change looks like — in detail, with a range of examples. It’s not enough to gain a perspective of being in someone else’s shoes. Insight (the “why” part, which is the part that is motivating) is, thus, combined with knowing what to do differently.

To be effective, training should be more than a single workshop. The effects of even a highly impactful single training experience will fade with time. The goal of training is to change habits — automatic behaviors that occur without (much) conscious thought and attention — which takes effort. In order to change their habits, people need continued awareness of and attention to the behaviors that they must change. They need to be aware of the cue that leads to the current behavior and receive feedback and reinforcement about the changed behavior until it becomes routine — a new habit.

Let’s say your goal is to make team meetings more inclusive. Specifically, you want everyone to feel comfortable speaking up, whether to propose an idea, describe problems with someone else’s idea or comment about how someone on the team is interrupted too often.

People need continued awareness of and attention to the behaviors that they must change.

People learn new habits best by learning them in small chunks, distributed over time (a process known as spaced learning or distributed learning). Give learners the opportunity to be aware of their cues so that they change their habit. In this case, a cue is likely to be the convening of a meeting — whether it’s a virtual meeting or, post-COVID-19, a meeting in a conference room. This time is when people enter into their usual meeting habits. After you’ve had a workshop or training that explains the new goal of inclusive meetings, help people understand that when they experience the cue (the start of a meeting), they should behave differently — to create a new routine during meetings.

Create small learning opportunities that can serve as alternative paths, such as placing posters in conference rooms reminding people about ways that meetings can be more inclusive, having leaders remind team members at the start of meetings of the new ground rules and including reminders in the meeting agendas sent in advance. Challenge managers to focus themselves and their teams on a given behavior each month.

The second factor is feedback — in essence, reinforcement. In an ideal world, people would want to change their behavior because it’s the right thing to do, and then, they’d change. Because of habit, however, change can be hard. Feedback and recognition of effort motivate people and provide information so their behavior can grow closer to the stated goal.

In creating your program, think about:

Finally, to the extent that the program is geared toward multiple teams, how scalable is it? Can you roll out the program to all employees at the same time? Best practice is to start with a pilot group of employees to make sure the program is working. As you scale, ideally, whole teams would start the program at around the same time so that everyone is on the same page and understands the new cultural goals.

Feedback and recognition of effort motivate people and provide information so their behavior can grow closer to the goal. 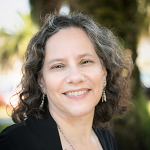 Robin S. Rosenberg, Ph.D., is a clinical psychologist, author, executive coach and chief executive officer of Live in Their World, a company that addresses issues of bias and incivility in the workplace through virtual reality.

Inclusive Leadership for the Mid-level Manager: 4 Tips to Follow