Experiential learning takes many forms, but one form in particular has proven particularly potent: Active learning — where learners engage in debate, problem-solving, role-playing, product creation and so on — is much more effective than presenting and explaining content. It requires learners to use information in the service of achieving a learning outcome. Exercises and activities are designed with a point in mind: to lead learners to master particular knowledge and skills. There are many types of activities, but they all must be designed to achieve a specific goal.

Why is active learning so effective? Because of how the brain works. You can exploit five principles about brain function to achieve the most out of active learning:

1. The Principle of Deep of Processing

The more mental processing you perform, the more likely you are to retain the information.

Consider this question: At the end of the day, if you reflect on what you did and experienced at work, what percentage of what you recall did you actually try to memorize at the time? Most people report that 10% or less of what they recall is a result of intentional memorization.

Rather, what we remember often is a byproduct of simply paying attention and thinking about information. Thus, if you want employees to learn, you need to lead them to focus on and think through the most important material.

2. The Principle of Deliberate Practice

Learning is enhanced by paying attention to feedback and using it to update your knowledge and subsequent behavior.

You can employ this principle at scale by following this process:

To be most effective, when you provide the model, you should also direct them to look for common problems and to correct those problems when they try again later.

The more mental processing you perform, the more likely you are to retain the information.

3. The Principle of Dual Coding

Learning is more effective when the material consists of both words and images.

PowerPoint presentations can be effective if they both show and tell, in part because different parts of the brain store visual and verbal memories, thus giving learners two shots at recalling the information later. This approach only works, however, if the visuals directly illustrate the material. Mere decorations won’t help.

Remarkably, you can induce learners to mentally supply their own “illustrations” by visualizing material. Visualization boosts memory substantially.

4. The Principle of Chunking

Humans can only store about four organized units in mind at the same time. It’s not the number of digits, facts or other elements that is critical; it’s how we organize them. For example, xx xx xx xx and xxxx xxxx have the same number of letters, but you see the first case as four units and the second as two units. Proximity in space (as in this example) or time organizes material, but so does similarity. For example, you see ttttXXXX as two units.

The power of this principle is that each unit can have four units and each of those units can have four units. Thus, properly organizing material can help people store an enormous amount of information. In training, make sure the information is already organized, using the “grouping laws” (proximity and similarity being just two of them) to organize the material to make it easier for learners to understand and remember.

5. The Principle of Associations

Learning is enhanced by associating new information with what you already know.

Learning and development (L&D) courses often ask learners to remember instructions about how to do something new. Here’s an example, originally presented in an experiment by researchers John D. Bransford and Marcia K. Johnson:

Try to remember these instructions:

“The procedure is actually quite simple. First you arrange things into different groups … Of course, one pile may be sufficient depending on how much there is to do. If you have to go somewhere else due to lack of facilities that is the next step, otherwise you are pretty well set. It is important not to overdo any particular endeavor. That is, it is better to do too few things at once than too many. In the short run this may not seem important, but complications from doing too many can easily arise. A mistake can be expensive as well …”

Learning these instructions is vastly easier if you are first given the label “Washing Clothes”!

When you give instructions, be sure to frame them from the outset in ways that will help learners to use associations to:

One way to enhance learning is to revisit material in different contexts over time, perhaps using different types of active learning exercises, which will give learners additional associations to help them organize and retrieve what they learn.

In short, these five principles will not only help you make learning more effective and likely to stick. They also will help you make the learning process more stimulating and fun.

Editor’s note: Don’t miss our infographic on experiential learning, which shares insights from learning leaders like this one. 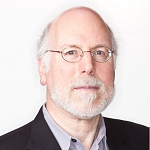