As a behavioral economist, nothing irks me more than the misconception that human beings are, generally speaking, mentally lazy. This false premise is based on the observation that people often don’t think things through, particularly when it comes to decision-making.

Human beings are not inherently lazy – we’re inherently efficient. We don’t have unlimited supplies of mental energy. Therefore, we have to reserve it so it is available when and where we need it most over the course of the day. This necessary efficiency is articulated in Daniel Kahneman’s book “Thinking Fast and Slow.” He describes two systems of thinking: System 1, which is fast, intuitive, emotional and unconscious, and System 2, which is slow, deliberate, logical and conscious. Because System 2 thinking is much more work, we spend as much time engaged in System 1 thinking as possible. This behavior is not lazy; it helps to ensure that we have the energy for System 2 when it is necessary. System 1 thinking explains why biases (mental tendencies) and heuristics (mental shortcuts) play such a significant role in human behavior: They help us to reach decisions faster, and by exerting less mental effort.

Fittingly, there seems to be a bias against the term “bias,” in part because the term has become synonymous with racial bias (which actually does deserve our collective scorn). Scientifically speaking, however, biases are not inherently bad; they are a coping mechanism for the inherent challenges of being human. Given the frequent existential need to make decisions with insufficient time and information, we literally could not survive without them.

All of this discussion on systems of thinking and bias is to highlight one underlying point: The human mind, while astonishingly powerful, is also incredibly limited. Enter the concept of cognitive load.

The human mind, while astonishingly powerful, is also incredibly limited.

Cognitive load theory, as first articulated by John Sweller in the late 1980s, is concerned with the amount of information that short-term memory can hold at any given time. According to many estimates, it usually allows for seven items or fewer and remains readily available for 15 seconds to one minute. Anything beyond seven items exceeds capacity for the overwhelming majority of people. Pushing more information would be like pouring water into a cup that is already full – nothing would be retained, and you’d end up with a big mess on the table. When we design learning programs, we have to be conscious not to overload trainees with too much new information at once, because if we do, they will not learn.

To think strategically about cognitive load, it helps to consider the three different types:

While the relative complexity of a given topic (intrinsic cognitive load) is beyond the control of a training designer, it is at least possible to break subjects down into their smallest possible components. The order, timing and manner in which those components are delivered is very much under the control of the training designer and will have a huge impact on the relative ease or difficulty in processing them. That is why extraneous cognitive load is an area in which instructional designers are encouraged to devote a great deal of focus.

The first and most obvious way to diminish extraneous cognitive load is to eliminate the dissemination of all information that is not directly related to the intended learning. For example, if your intention is to train employees on how to write code, it is generally not a good idea to provide them first with a history of coding. There are more nuanced ways to diminish extraneous cognitive load, too. For example, consider a graph of data. You can place descriptive text directly in the graph, or you can place numbers in the graph and, in a separate table, list the accompanying text next to the appropriate number. The latter approach may make your graph more aesthetically pleasing, but it is increasing cognitive load. Having to switch back and forth between the graph and the table requires more mental energy, thereby increasing the difficulty of learning.

Instructional designers can facilitate the transfer of new knowledge to long-term memory (germane cognitive load), as well. Repetition is the most direct way to do so, but making connections between the new information and previous knowledge can also play a significant role. Lastly, motivation matters a great deal. Finding ways to maximize a learner’s motivation can mean the difference between the success or failure of a training initiative.

As training professionals, we need to scale back on the information we provide at any given time. We should be guided not by the information we are trying to impart but by the natural thinking cycles of the learner. This means abandoning training sessions that last for hours and, instead, offering training in shorter but more frequent bursts. It means providing time and space for repetition and helping people make connections between what they are learning and what they already know. And it means paying as much attention to motivation as to teaching.

In order to maximize the likelihood of a successful training initiative, it is crucial to provide information in ways that are most likely to increase retention. Without significant attention paid to cognitive load, the chances of retention are somewhere between slim and none.

Without significant attention paid to cognitive load, the chances of retention are somewhere between slim and none. 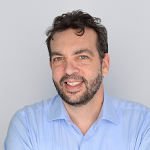 Jordan Birnbaum is the chief behavioral economist at ADP.