Evidence suggests that as popular as e-learning is, most employees still prefer good old-fashioned face-to-face learning. It’s not as convenient as an app on a phone, but it has a greater chance of making a difference in employee’s lives.

More than ever before, learners are asking the question, “What’s in it for me?” before committing their valuable and scarce time to training. Whether they skip registering or spend their time in the classroom checking e-mail, the reality of today’s workplace training environment is that if learners don’t see the value of learning, they won’t invest the focus needed for you to achieve your training goals.

You can use countless gimmicks to try to keep your learners’ attention. Your online courses can embed quizzes on every other screen. Your trainers can use activities and props. Nothing is better than a trainer who seems like he or she might have an evening gig as a comedian. But at the end of the day, what you really need is learners in the classroom who care about the material because it is personally meaningful.

The best way to make learning relevant for your learners is to show them in stark terms where they have gaps in the material. For example, building individual assessments tailored to curricula enables learners to see where they stack up at the outset of a training program. While self-report assessments can be valuable in the classroom, 360-degree feedback is a far more effective tool for showing learners where their blind spots are. If you have a course for high-value professionals on how to more effectively influence their colleagues, what better way to encourage them to sit up and listen than to ask their peers and co-workers how effective they are at influencing — and then give them the results!

In addition to making the topics immediately relevant in a personal way for each learner, 360 feedback data also gives you a critical tool for communicating the need for training to the decisions-makers who hold the purse strings for your training dollars. If you can show that 80% of your high-potential professionals struggle with influence, it is going to be a lot easier to justify that course on influence when it comes time to craft your budget.

In addition to making topics, 360 feedback data also gives you a tool for communicating the need for training.

What if the 360 data shows that only 20% of this population struggles with influence? Well, now you can shift your training dollars to a different topic that this group of employees is actually struggling with. And, you guessed it: The 360 feedback data for the group of potential learners is a great place to look for other, more relevant topics!

You can use two strategies to leverage 360 feedback to make training more personally relevant. The first is to build your course based on an identified need and then administer the 360 assessment right before the first class. The second is to administer a standardized 360 tool and use the results to craft a fully tailored curriculum. A couple of examples illustrate each of these strategies.

A large real estate development company recently took the approach of customizing the 360 feedback survey to fit an existing curriculum. The company’s leadership team identified a disturbing skill gap for many of its high-potential individual contributors (e.g., senior financial analysts, project managers running $100 million projects and creatives in a variety of fields). These brilliant individuals were struggling to influence others in the organization, even when they had the information needed to make good decisions. Without formal authority, they were at a loss about how to influence others.

More disturbing was they had no idea they could do anything about it. These folks almost universally blamed others for ignoring their sound advice. After building a course on “influence without authority,” the training group created a customized 360 assessment, which fit the course content like a glove, and administered it to all the learners.

On day 1 of the multi-session course, they received their results. Everyone was engaged (and some were enraged!). At the end of that first day, all the learners understood what influence without authority looked like, where they were struggling and which aspects of the curriculum would be most immediately helpful to them in their job.

A petroleum pipeline company needed to conduct some supervisory training for 75 of its frontline leaders. It had a vague notion that the training should be more about management than technical skills but wasn’t sure what the leaders needed most. All 75 leaders participated in a 360 feedback process using a standardized, off-the-shelf leadership assessment for mid-level managers that covers a standard set of management competencies. They received their individual reports and spent an hour with a coach prioritizing their individual development based on the results.

Three months later, all 75 leaders attended a two-day course that the L&D team had built based on their aggregate data. It turned out they were conflict-averse, tended not to mentor their people (despite all being long-tenured managers with plenty of wisdom to pass on), didn’t build up their teams but kept information flowing vertically only, and were universally struggling to delegate (which further decreased people development). Not surprisingly, the four topics included in the course were productive approaches to conflict, effective delegation, the power of teams and mentoring.

The first 20 minutes of each of the two days consisted of sharing the group-wide results and explaining how the curriculum had been chosen and developed. Even better, the two senior executives who had seen the data that prompted them to sponsor the training presented it to the group and explained the rationale. Not only were the results personally relevant to these learners, but they now had a clear rationale for the course, and senior leadership buy-in was locked in.

Assessments, and 360 feedback in particular, are an underused way to draw in learners and engage them. It’s a rare person who will open a 360 feedback report and not care at all what the results say. With this level of engagement, why not take it one step further and give these folks training they know they need?

This approach has three essential benefits: Learners are engaged because the material is clearly relevant, training is directly linked to individual needs and company strategy, and the right training will reach the right people — which will drastically increase the overall return on training investments.

Assessments, and 360 feedback in particular, are an underused way to draw in learners and engage them. 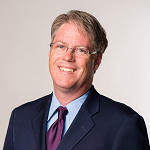 Dale S. Rose, Ph.D., is the president and co-founder of 3D Group. He is an expert in leadership development, 360 feedback and assessment-based human resources solutions. 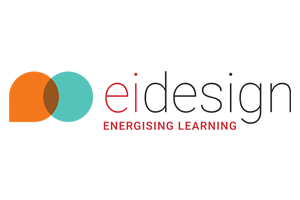 L&D Bottleneck: Why Your Training Material Isn’t Being Utilized