As my personal Yoda, Dr. George Gerbner, used to say: “We erect a world constructed from the stories we hear and tell.” The same is true in the workplace.

Our Brains on Stories

The human brain is hardwired to process, retain and retrieve knowledge through stories.

Scans of the brain have shown the difference between receiving just facts and experiencing those same facts in a story. When reading or listening to facts alone, the visual or auditory cortex lights up, along with Wernicke’s area of the brain where we process language. If those same facts are embedded in a story, then the scan shows that Wernicke’s area is again active; however, so are many other parts of the brain, including sensory or motor cortices engaged by the story, along with areas for empathy. The parts of the brain that make predictions and imagine another person’s motives are also activated.

Since we use more of our brain when experiencing a story, we value the experience more and understand the content in a deeper way, and yet our cognitive load is lightened. And stories are tenacious, with the power to scale schemata, the scaffolding in long-term memory. Stories and facts can work together to anchor each other in the mind so knowledge finds optimal neural pathways to be more readily recalled and retrieved.

In addition, neuroscientist Paul Zak’s studies have revealed that listening to a story can lead to audience trust in the storyteller and the content. Certain stories trigger the release of oxytocin in the brain, a neurochemical that stimulates the desire to cooperate with others. If the story is engaging, character-driven, and has a dramatic arc, then people will share the emotions of the characters and are more likely change their own behavior. With the release of oxytocin, people will be more willing to mimic the characters’ actions in the story. Moreover, listeners’ brainwave patterns begin to align with the storyteller and each other, according to Uri Hasson, a neuroscientist at Princeton University.

If science indicates that stories lead to better retention and recall and can change audience behaviors, then stories are the best idea for instructional design.

When to Use Story

When is using story the most effective tactic? Stories work best in training when the teaching content involves:

Let’s look at each one.

Evolution has hardwired the brain to learn through a series of if/then statements, where situation + action = result. It’s the experiential way we learn outside of a classroom. So, as a child, if I touch a hot iron, then I get burned. Stories, or virtual experiences, follow this same pattern.

In designing training, if you want to illustrate what happens when someone in a particular situation takes a specific action, then using a story can be effective. Here are some examples of stories used in training to illustrate cause and effect:

The human brain is hardwired to process, retain and retrieve knowledge through stories.

Stories are effective for demonstrating how to effectively apply skills. Science has shown that an engaged audience will begin to empathize with and mimic the actions of the main characters. Here are some examples of stories used in training to model best practices:

Paul Zak’s research has shown that stories can trigger a release of oxytocin in audience members, making them more likely to trust the situation and the storyteller and being more open to changing their behaviors. Below are some examples of stories used in training to help change behavior:

Showing How To Express Inner Values in Action

When training relates to culture, topics are a vessel in which we express belief systems. Stories work in teaching people how to recognize and act on what they value. Stories can connect viewers to their own values and teach causation — resulting in either cognitive dissonance or harmony. Below are some examples of stories used in training to express inner values:

Effective instructional design can take advantage of the brain’s preference for narrative structure and the benefits science has shown us.

Nothing beats a well-crafted story as a vehicle for audience engagement, retention, and recall, so make the most of valuable training time by knowing when and how to use the brain’s best friend.

Stories are effective for demonstrating how to effectively apply skills. 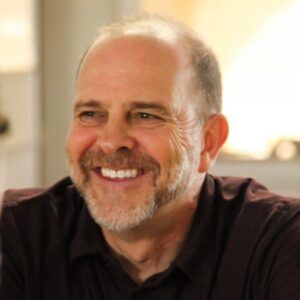 Jeffrey Hall is the chief creative officer of WILL Interactive. During his 27 years of making 100+ Choose Your Own Journey® interactive movies at WILL, he has developed story-based training for Fortune 500 companies, all branches of the military, healthcare, law enforcement, and professional sports.