Picture this: You’re five minutes into your boss’ presentation on the new report cover sheets, and you’re already lost. It’s not that the information is rocket science. Your boss is including more than enough information to properly fill out the cover sheets. The presentation looks professional enough. It even has icons and fancy fonts. You’re not an idiot — so, why is it not syncing in?

More specifically, the science behind visual design. Visual design, in part, addresses how to visually communicate. It can either elevate or detract from content, because of cognitive load theory.

“Cognitive Load Theory says that because short-term memory is limited, learning experiences should be designed to reduce working memory ‘load’ in order to promote schema acquisition,” writes Terry Heick, founder and director of TeachThought, a professional development company for teachers. It’s how much bandwidth someone needs to absorb information. Visual design can either use up bandwidth and detract from the content or elevate the content so the person consuming it doesn’t need as much bandwidth to absorb it.

Here are three factors that can increase or decrease cognitive load.

“Typography is the visual component of the written word,” writes typographer, lawyer and computer programmer Matthew Butterick in “Butterick’s Practical Typography.” There are several rules for good typography; here are just a few:

You should seldom use “all caps.” According to Butterick, cognitive researchers have found the variance between tall (i.e., d, h, k and l), descending (i.e., g, y, p and q) and short (i.e., a, e, n and s) letters help readers recognize words more easily.

Use Bold and Italics Sparingly

Bold and italic words or phrases convey emphasis. Use them sparingly, because overuse will deemphasize the things you’re trying to emphasize.

“Good typography is measured by how well it reinforces the meaning of the text,” writes Butterick. He uses interstate signs as an example. For example, the one on the left (below) may not be as elegant as the one on the right, but it’s easier to read, which reinforces the text. Interstates signs are meant to be read quickly, so the font should be easy to read.

Icons can also affect cognitive load. What do the icons below mean to you?

You probably thought of something along the lines of “idea,” “location,” “finish line” and “information,” because these icons have learned meaning. Icons can help reduce cognitive load by applying learned meaning to the content.

That said, icons can also increase cognitive load. What do the icons below mean to you?

They probably don’t mean much. Icons without learned meaning can increase cognitive load; they will use up learners’ bandwidth in trying to figure out what the icons mean, when they should be focusing on the information the icons are trying to convey.

We’ve all been in a presentation where a slide comes up that’s packed with information. Suddenly, you’re trying to read what’s on the slide while listening to the presenter explain the slide. These competing methods to convey the information can increase cognitive load.

A good rule to follow is the three-second rule: Create slides that viewers can understand in less than three seconds. This rule enables learners to turn their attention back to the speaker and listen to what they have to say about the content.

Which one of the slides below adheres to the three-second rule? 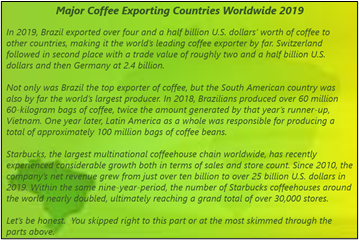 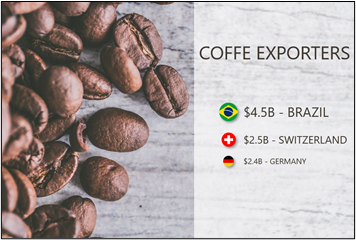 If you’re not sure what to do with all information you have, consider putting it in the “notes” section of a PowerPoint presentation, including footnotes or adding an index.

Now that you are armed with these cognitive load-decreasing design elements, you can dominate your next presentation or training session. You’ll be able to convey the most complicated of content to audience members with a dial-up bandwidth. You’ll keep the ones with goldfish-like attention spans riveted. You’ll be able to … you get the picture.

Want to learn more on this topic? Sign up for the virtual Training Industry Conference & Expo, and attend Michael’s live session.

Editor’s note: This article was updated on March 24 with corrected icon graphics.

Create slides that viewers can understand in less than three seconds.

Michael Friis-Jensen is the digital training manager at Discovery, Inc. While born in Denmark, he had the fortune of growing up in countries like Malawi, Egypt, Thailand, Denmark and, now, the U.S. His exposure while traveling has given him the opportunity to view situations from many perspectives, which has helped cement both his personal and professional foundation.