We are living through a breathtaking explosion of research into the neuroscience of learning. Universities such as Harvard and the University of Melbourne are beginning to incorporate findings from psychology and neuroscience into the world of education. If we were to create education as a new discipline today, there is no doubt that we would do so based on the foundational principles of neuroscience, cognitive science and psychology.

The neuroscience of learning and memory is a young science. We can date it to roughly 1970, when Eric Kandel identified the molecular changes that take place in the brain during learning (for which he later won the Nobel prize). In the remarkably short period of time since then, neuroscience, cognitive science and psychology have identified a substantial set of principles and settings that drive learning.

Unimaginable advances have happened within the last 10 years. For example, five years ago, neuroscientists identified a memory trace (an “engram”) in the brain. An engram is a theoretical representation of a memory in the brain. Academic psychologists had hypothesized that it existed for about 100 years, but it is only now possible to confirm this prediction at the neural level, due to advances in technology.

What principles can we use from neuroscience in corporate training? To begin with, we need to acknowledge that the brain is only capable of learning and remembering because it is able to change its physical state. New information is integrated into and represented in the structure of our nervous system in a process known as neuroplasticity.

The brain is only capable of learning and remembering because it is able to change its physical state.

While humans have amazing potential for encoding information, the brain operates under constraints: It has finite “plasticity resources.” It would be too energy-consuming and psychologically destabilizing for all of the information and experiences we encounter to reshape our nervous system. Instead, our brain prioritizes the most salient, key elements to encode into long-term memory. When prioritizing the most important information for long-term encoding, the brain looks for factors such as emotional content and the information validates our assumptions.

It takes about six hours for memories to consolidate into a preliminary form of long-term memory. At night, during sleep, the brain filters these memories based on significance and consolidates them accordingly. For this reason, we should ideally space out learning sessions over several days. Too much information presented on a single day can demand too much from learners’ plasticity resources and lead to lower subsequent recall.

For example, it is better to present eight hours of material as four days of two-hour blocks or eight days of one-hour sessions, rather than a single day of content. Empirical findings strongly support this idea, showing enormous improvements in assessments after learning using spacing compared to chunking.

Quizzes are a powerful tool for learning. Research shows that presenting a question triggers better learning than pairing a question with an answer, because it forces learners to retrieve material. The retrieval process actively enhances memory by activating the genes involved in strengthening synapses, reactivating neuronal pathways and leading to enhanced memory. Again, this principle is supported by a large number of studies.

Presenting positive feedback for correct answers reinforces memory. Presenting feedback about incorrect answers triggers the phenomenon known as prediction error. Current neuroscience suggests that we can only update our concepts and memories if our predictions are incongruent with the feedback we receive.

Prediction error drives profound neuroplastic changes and unlocks memories from long-term storage, allowing learners to destabilize and update them. Prediction error is even incorporated into the algorithms that machine learning developers use to enhance learning in artificial intelligence systems.

Learning developers can incorporate these findings by regularly quizzing learners to trigger retrieval practice and by providing feedback afterward to allow for reinforcement or the updating of false beliefs.

The Extraordinary Overlap of Emotion, Perception, Attention, Learning and Memory

Perception is active and highly motivated: We see and perceive things insofar as they relate to what we consider valuable. What we pay attention to is highly dependent on its emotional significance to us, how it is presented and how it differs from our expectations. Eye-tracking software clearly shows that we do not directly look at most of our visual field; instead, we notice a few salient points, and our brain fills in the gaps. In PowerPoint presentations, research shows, our eyes spend more time on the left side of the page, especially toward the top. We don’t have much control over what we pay attention to or how much attention we give it.

The neurotransmitter systems that regulate attention are located deep in the brain. They are not part of our “rational” cortex but are under the direct influence of emotional arousal systems. Interestingly, the same neurotransmitter systems that regulate attention (noradrenalin, orexin, histamine, acetylcholine and dopamine) also promote learning and memory. Therefore, factors that improve attention will improve learning and memory in an almost mechanical fashion.

Likewise, we can’t encode information that we do not perceive in the first place! Presenting material in ways that are compatible with how our eyes track input, and that is emotionally engaging, will enhance the odds that learners will perceive it and will thus facilitate learning.

Scientists have mainly conducted learning and memory research with emotional stimuli. We know that rewards trigger the release of dopamine, which reinforces learning. Similarly, a certain amount of stress and anxiety triggers the release of noradrenaline, which enhances encoding. You can introduce these emotional stimuli into e-learning programs with built-in reward features or using subtle changes that evoke a feeling of urgency, such as using a countdown timer when learners must perform a task in a short period of time.

These strategies are a small number of the many ways we can apply lessons from neuroscience, cognitive science and psychology to adult education. It is time that we began to approach training using the research in these fields. 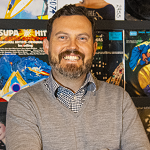