Instructional designers today are not only tasked with traditional design projects but are expected to design with a more human-centered approach. The design thinking process can help designers achieve that goal. It consists of five stages that aren’t necessary linear but require the designer to go back and forth in order to create the best learning experience. The five stages are empathize, define, ideate, prototype and test.

Designers connect with learners and gain more insight in the empathize and define stages by interviewing learners, observing them, and creating empathy maps and learner personas. Once designers interpret the data from these stages, they define a problem statement and are ready to ideate. In the ideation stage, designers look at every possible angle for their problem statement.

Equipped with a multitude of ideas, designers then move to the prototype stage. In this stage, the design team produces a number of inexpensive, scaled down versions of the solution. The goal is to determine which is the best possible solution for the design challenge at hand. It is recommended to share prototypes within the team and, if possible, with a wider audience. In this experimental phase, designers accept, improve, and re-examine or reject solutions based on the users’ experience. Through this process, the design team will be able to predict how a real user would behave, think and feel when interacting with the learning solution. In this stage, designers move from an abstract idea to a more tangible product.

In this experimental phase, designers accept, improve, and re-examine or reject solutions based on the users’ experience.

Prototyping doesn’t have to be time-consuming, expensive or difficult. Different levels of fidelity (detail, functionality or interactivity) allow designers to come up with solutions quickly. Here are some ideas.

Low-fidelity prototypes don’t have a lot of detail, images or colors. Instead, they use placeholders for images and text but show the flow and functionality of a solution. You can create this type of prototype on paper; it can be a simple visualization and doesn’t require expensive software. Storyboarding, sketching and card-sorting are three inexpensive and simple ways to create low-fidelity prototypes.

High-fidelity prototypes look and function closer to the finished product. It could involve creating a 3D model with moveable parts or using a prototype tool to build out the experience on a phone or desktop computer. This prototype has most design assets and components developed and integrated. High-fidelity prototypes are more engaging for the users to test, and it is easier for designers to judge if the solution will work. On the other hand, they take longer to create, and users might focus more on small details instead of the content the prototype is presenting. It takes longer to update high-fidelity prototypes as well, and sometimes, it is difficult for a designer to make changes after hours have been invested in building the prototype.

You might want to start with low-fidelity prototypes and then move to high-fidelity prototyping at a later stage in the design process. Don’t overthink this process; simply start building a prototype. It will help you think about the learning solution in a different way and potentially give you different insights. Don’t spend so much time, money and resources on the prototype that you become attached to it, in case you have to make changes later. Never lose sight of the issue you are trying to test with your prototype, and always build with the user in mind.

Never lose sight of the issue you are trying to test with your prototype, and always build with the user in mind. 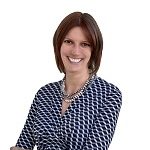 Bianca Baumann, CTDP, director of learning experience design at GP Strategies Canada, focuses on digital education success, combining L&D, marketing and customer success to create outstanding learning experiences that stick. She shares her expertise on her blog and at conferences, highlighting the importance of looking at disciplines outside L&D to map out a learner journey that helps drive an individual’s performance.