Most of us have an image of the traditional classroom seared into our memories. An expert stands at the front of a room while “avid” learners sit and absorb the instructor’s knowledge like a sponge. Educators thought for a long time that this model optimally served learners. And why not? The going wisdom of the day said that learners have little to offer on a subject they know almost nothing about. On the surface, this logic makes sense, but in practice, it fails miserably.

Educators and theorists now refer to the above infamous scenario as the “banking model.” Coined by philosopher of education Paulo Freire in the 1970s, the “banking model” is rife with problems. The first is that it sets up learners to mentally check out. When a classroom relies entirely on the instructor as the font of all knowledge, it demands that learners operate as passive receptacles. But contrary to conventional wisdom, passive learners do not absorb information like a sponge — they disengage. This model also disregards the individual needs of each learner; that means that those who happen to lack the prerequisite knowledge risk being left behind.

However, despite decades of research and pushback, the traditional model still plagues educational settings of all types: from the elementary school classroom to the weekend sales leadership conference. In the business world, organizations are paying for it with abysmal success rates by inadvertently fostering their employees’ learned helplessness, or rather, their inability to solve emerging problems for themselves. What we need is a new approach, one where instructors prioritize the individual learner’s needs over their own agenda. But doing that requires adaptability, and adaptability demands a new classroom framework.

Here are three ideas to consider that will enhance your adaptability in the classroom and enable you to create a more productive and engaging learning experience.

1.   Redefine the instructor as a co-learner.

This one goes against traditional views of education. But, no matter your level of expertise, being open to learning from students creates a more balanced dynamic in the classroom.

This seemingly small shift in perspective causes a major shift in communication. No longer are you leading learners down a narrow path by grandstanding or asking them questions to generate specific responses; instead, you’re decentralizing yourself and asking questions with genuine curiosity and a willingness to explore uncharted territory on the fly.

Most importantly, you’re listening to understand rather than simply respond. There’s great power in reconceptualizing the teacher, or rather facilitator, in this way. In a balanced environment like this, learners know their ideas matter, and they become much more likely to actively engage with the material.

What we need is a new approach, one where instructors prioritize the individual learner’s needs over their own agenda.

2.   Redefine the learner as a co-creator.

Adjacent to the above point comes the idea that learners are not receptacles of knowledge, but rather active co-creators of it. This idea can be challenging to embrace given the disparity of expertise that often exists between learners and instructors. But this point is really about recognizing the creative potential of each learner and combatting learned helplessness. In short, if a learner believes they cannot contribute, they won’t even try. However, if they feel responsible for generating ideas that they know will be taken seriously, there’s a higher probability that they’ll take risks and offer up something new.

Additionally, seeing learners as co-creators of knowledge sets the bar high for facilitators because it demands adaptability. That’s because when we view learners as co-creators, we’re effectively replacing the old instructor monologue with a classroom conversation. And conversations open the door for facilitators to extemporaneously assess each learner’s current state of understanding and then adjust as needed based on that assessment. In short, when knowledge flows in only one direction, it’s to the detriment of the class. But when it flows in both directions, we start to see a confluence of perspectives, an enriched learning environment and growth.

3.   Meet learners where they are.

Learning is a life raft in the middle of the water with students dispersed all around. The safest, most comfortable place for the instructor is the raft. This is not unlike a situation where the teacher knows the content they want to disseminate and, without considering the knowledge and need diversity of their students, preaches outward at them. In this instructor-centered example, the content and the teacher remain fixed and the learners who are too far out from the life raft get left behind.

A good facilitator, however, is one who is willing to get uncomfortable and swim out to each student, meeting them where they are and bringing them back in. That requires an ability to alter the content or the trajectory of classroom conversations based on learner needs. It’s a harder road for the facilitator to take, but it serves learners far more. On a practical level, meeting students where they are is often about effective questioning, which can give you cues to their different levels of understanding. In other words, effective questioning isn’t just about facilitating a conversation; it’s about spontaneous assessment.

Adaptability is the number one skill every facilitator must master. It’s hard work that demands a certain level of vulnerability, honesty, candor and flexibility. But the reward is well worth it as students not only actively engage with new material, but also often become quite passionate about their newly developing perspectives.

When we view learners as co-creators, we’re effectively replacing the old instructor monologue with a classroom conversation. 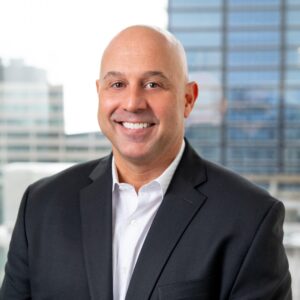 Dan Markin brings over 20 years of leadership experience to The Brooks Group and is well versed in the B2B business dynamic. As the vice president of sales strategy and consulting for The Brooks Group, Dan is committed to using innovative and practical motivational techniques and strategies that allow people and organizations to enjoy breakthrough results.