Thanks to the rapid expansion of the internet, people have access to unprecedented amounts of information today. On the one hand, this access can be useful for people looking to learn, but on the other, the information glut is frequently a source of distraction, as the brain attempts to process information from all these competing sources.

Most of this information is not needed for long-term use and is initially stored in the brain’s short-term memory centers. If the brain determines that some pieces of information are relevant, it commits them to long-term memory. By understanding how this process works, learners and learning leaders will be able to significantly boost their learning capabilities and teaching practices.

Ebbinghaus’ forgetting curve posits that people forget half of the information they learn just one hour after learning it, more than 70% after one day and 90% after 30 days. The challenge for learners is to find a way to focus on the bits of information that are most important to them and retain them in long-term memory.

This part of the brain is closely connected to the formation of emotional memories. When a memory is emotionally arousing, the amygdala plays an instrumental role in converting it from short-term to long-term memory. By attaching emotional outcomes (whether positive or negative) to learning tasks, you may be able to help trigger memory consolidation.

The full sequence of events from the reception of information to the creation of long-term memories is not wholly understood and cannot be exhaustively described. However, what is known is that the brain discards most information shortly after its reception, unless it decides that it is useful, based on factors such as the evocation of an emotional response, immediate application of the information or repetition.

Structure the learning process in such a way that learners only receive relevant information.

Given this knowledge, here are five creative ways to promote learning retention:

1. Be Strategic in the Learning Process

Structure the learning process in such a way that learners only receive relevant information. In other words, create learning paths or plans that are as concise as possible. Doing so will limit the number of distractions that learners’ brains are exposed to, helping them focus on what is important.

Allowing learners to absorb information at a comfortable pace could be critical for long-term learning and memory retention. It involves presenting information in small doses of content for learners to consume at their convenience — otherwise known as microlearning.

You can deliver these modular bits of information using one or a mixture of formats, including text, video or audio content, quizzes, illustrations and diagrams, or games. This method is fast and flexible, and it boosts knowledge retention, because it is brief, and learners can easily revisit it.

3. Use Online Assessments and Practice Tests

Using online tests and short quizzes is a great way to track learners’ progress and ensure that they retain the knowledge they learned in training. Repetition is one of the triggers for converting short-term memory into long-term memory, and frequent assessments or practice tests help learners recall new information, thereby helping them commit it to long-term memory.

Reading through a long block of text can be tedious and unproductive for many learners, with readers zoning out and failing to synthesize information beyond short-term memory. Activities such as live chats and webinars create an environment similar to that of a classroom, where everyone can share knowledge.

According to the 70-20-10 model, up to 20% of a learner’s knowledge is obtained from interactions with peers. Based on this theory, peer training groups can be an effective method for facilitating learning even after the conclusion of a formal training program. Guides can tailor conversations in small groups weeks to months after a course, strengthening understanding and promoting retention long after the course has ended.

Create a reward system for learners who quickly acquire new skills or have high scores on quizzes. Issuing certificates or awarding gifts after an assessment is an effective way to motivate learners and create an emotional reward that could trigger the long-term memory-forming function of the amygdala.

In any area of study, retaining knowledge is critical to long-term learning. It is a complicated process, as the brain efficiently discards most of the information with which it is initially presented. With the strategic application of these five tips, however, you can help employees significantly improve learning outcomes.

Repetition is one of the triggers for converting short-term memory into long-term memory. 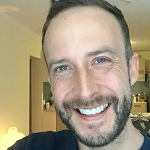 Marcel Deer is a freelance writer specializing in tech-related business. He holds a bachelor’s degree in journalism and has over nine years of experience in online content writing, working as a remote consultant from 15 different countries. Marcel has been a content writer for the Leading Learning Partners Association (LLPA) since 2019.

Becoming a Data-driven Training Program: How to Mobilize Your Training Data From Information to Insight to Intelligence

The Foregrounding of “Equity” in “Diversity, Equity and Inclusion”