When it comes to the field of diversity and inclusion (D&I), the 2010s might be called the decade of unconscious bias training. Top of the list for many organizations, it is one of the most popular ways to address bias at work. Many organizations are investing millions of dollars in unconscious bias training efforts. But there are complex reasons for persistent inequality and systemic bias in organizations, and one overarching solution sounds too simple and too good to be true. The message of such training is clear: You are biased, and you need to fix it! And no one likes being fixed.

Here are six reasons training functions need to be cautious of promoting and depending on unconscious bias training alone.

Human beings don’t respond well to coercion. First, it makes people feel that they are being fixed because they are broken and that they can no longer be themselves. A second, and more dangerous, problem is that training can reinforce feelings of privilege and resentment toward the groups who seem to have foisted such training upon the learners – for example, women, immigrants and minorities. Mandatory programs can cause resentment, and when they are about sensitive topics, we need to be mindful of the unintended consequences.

The moment we single out a demographic within an organization, we are saying, “You have a lot to do with our biased culture.” When the message of unconscious bias is not carefully crafted in an inclusive and shared environment, it can quickly generate feelings of hostility and anger. Managers might feel that they are being blamed for not upholding D&I expectations – that, somehow, a biased culture is their fault alone. When we feel we are being blamed, every one of us has an expected reaction: We become defensive. Defensiveness is not the bedrock for positive training outcomes.

Defensiveness is not the bedrock for positive training outcomes.

3. Framing and Naming the Training

Diversity and inclusion specialists Tinna C. Nielsen and Lisa Kepinski write that naming training “unconscious bias awareness training” or “inclusion and diversity training” risks triggering counterproductive unconscious emotions, like anxiety, loss-aversion bias or revenge. We would do well to name unconscious bias training in a way that is inclusive and integrated. Address bias as part of your leadership or management development strategy, and keep it woven into your leadership training language and materials.

Most unconscious bias programs begin with one of two popular slides. One describes how we use heuristics or shortcuts to make sense of our world – in a nutshell, that we use bias to function. The other is about legal obligations and negative motivators. Such a presentation might scare learners, but they might not leave feeling collaborative or ready to change. Often, this content is not customized to the audience. Creating training content that clearly shares effective strategies to counter bias and doesn’t dwell on generic information can help participants learn inclusive practices. Training content is also more relevant and easy to engage with when it leverages organizational scenarios and real-work situations to drive the point home.

When we tell learners that there is high prevalence of a behavior in the hope that they will reduce that behavior, they tend to do the opposite. There is evidence to prove that our brains tend to repeat behaviors that we see as already prevalent. We want to be part of the majority, not the minority. We reason that if so many people are already doing something, it wouldn’t hurt if we did just a little bit of it, too. In this way, unconscious bias training can reinforce bias by accident. Employees might leave the program with an unconscious message to repeat biased behaviors instead of reducing them.

How do you catch bias when you don’t even know that you are biased and what you are biased about? The term “unconscious” is a tricky one. It suggests behaviors we are not conscious of and, hence, can’t possibly be aware of or held responsible for. In essence, we are passive actors in being biased. The easy way out is to relinquish personal responsibility and not do anything to change. Our training efforts need to strike a delicate balance between showing that we aren’t bad people for being biased and showing that we are responsible for behaving in a fair and respectful manner. It’s tough, but it’s possible with robust and integrated content.

Unconscious bias is well-researched and one of the foundational causes of much of the prejudice that exists within organizations. Even so, to address it by itself comes with its own perils. Our best bet might be to integrate inclusive behaviors as part of our organization’s employee development strategy, programs and projects. This approach stands a much better chance at conveying the message of diversity and inclusivity that we desire. 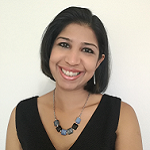 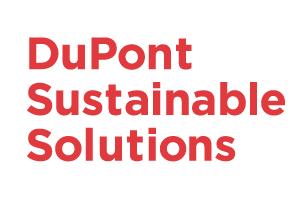