There are hundreds of articles floating around the internet that discuss automation and use the phrase “rise of the machines” in the title. In fact, outlets like Wired, Futurism, NPR, and Washington Post (whose parent company, Amazon, is one of the biggest instigators of the rise of the machines) all referenced the 2003 action blockbuster “Terminator 3: Rise of the Machines” when discussing automation.

The pervasive narrative surrounding automation is that it is something about which we should be concerned. The idea is that robots will soon displace human employees, as we’ve seen in many factories already. Manufacturing has already been affected by the “rise of the machines,” and trucking – an industry that many American jobs are dependent upon – may be next. There are over 3.5 million truckers, and the trucking industry exceeds 8.7 million people, so there are real reasons to fear this technological revolution.

Conventional wisdom holds that automation is inevitable. After all, these robotic solutions don’t need a wage, health insurance or a 401(k) match. There is little turnover, they don’t require training or onboarding, and they are often more efficient.

But arguably the greatest benefit to humanity that our robot employees can provide is mitigating risk from dangerous jobs. Automation may have its drawbacks, but when it comes to safety and injury prevention, the results are hard to argue with.

Arguably the greatest benefit to humanity that our robot employees can provide is mitigating risk from dangerous jobs.

Automation Will Save Lives

Consider logging, a job that is 39 times more dangerous than the average American job. Eric Krume, founder of Krume Logging, is developing an automated way to cut trees. In an interview with Quartz, Krume said, “If you have a man on a chainsaw, falling trees, they’re eventually going to get hurt. The best way not to kill a hand cutter is not to have one.”

Krume isn’t wrong. According to the Bureau of Labor Statistics, logging jobs have the one of the highest death rates among all occupations, at 132.7 per 100,000 workers.

In an interview with The Penny Hoarder, Jeff Wimer, senior instructor and manager of the student logging training program at Oregon State, echoed Krume’s sentiments. He said, “The best solution is to get a worker into a machine. He is 10 to 20 times safer while operating machinery.”

Automation Will Reduce or Eliminate RSIs

For example, repetitive stress injuries (RSIs), including carpal tunnel syndrome, are reaching epidemic scales. According to the American College of Rheumatology, carpal tunnel syndrome alone affects between four million and 10 million Americans. The manufacturing industry is the second-highest contributor to nonfatal occupational injuries with over 34,000 reported nonfatal injuries, many of which are RSIs.

The prevalence of RSIs is a serious problem, and while training can help mitigate the risk to the employee, fully or partially automating these jobs has benefits far beyond efficiency; it is a chance for employers to substantially reduce human injury.

The Role of Training

It’s hard to argue that automation will fundamentally change the American workforce in the coming years. While many futurists are predicting massive worker displacement, it’s important to note the incredible adaptability of the workplace. There are hundreds of jobs that exist today that weren’t around 10 years ago, including social media managers, search engine optimization specialists and mobile application developers. Similarly, while automation may displace workers, it will also create new jobs.

Some automated workplace solutions require human intervention, a concept called hybrid automation. For instance, in the trucking industry, hybrid automation could help solve the only challenge remaining for automated trucks: urban driving. Our automated cars and trucks do well on the highway, where rules are simple, and maneuvering is minimal. However, urban streets are more difficult. A hybrid automated solution allows employees to remotely operate a truck when it reaches urban conditions. While automation may displace truck operators, new jobs within their industry will open thanks to automation.

While safety training will transform as automation increases, it will not be made obsolete. Automated systems only work when they’re used properly. Further, most machines require routine checkups, which can typically be handled by well-trained employees. Finally, most machines require proper lockout/tag-out procedures. Occupational health and safety training will remain relevant and will likely adapt to solve new safety issues that arise from automation.

Automation isn’t the end-all solution to workplace safety, but with good training, it’s a massive step in the right direction. When we examine automation from a safety perspective, quoting “Terminator” seems a little too dramatic. Perhaps it’s better to quote a 1994 episode of “The Simpsons”:

“I, for one, welcome our new robot overlords.”

Automation isn’t the end-all solution to workplace safety, but with good training, it’s a massive step in the right direction. 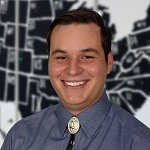 Derek Smith is a content marketing specialist for BizLibrary, where he spends his days writing about HR and L&D issues. You can hear his popular learning-centric podcast on Apple Podcasts by searching for The BizLibrary Podcast.

How To Develop Career Path Visibility in Your Workplace