Back in the “old days” (pre-February 2020) workplace stress was at a high, especially for younger members of the workforce. Whether it was due to the advent of the “always on” mode of communication through email, social media and chat, or through the rapidly changing face of technology, employees had a hard time drawing the line between work and home. Little did we know of course that it was about to get a lot worse.

This became apparent when Deloitte reported the results from their pre-COVID January 2020 annual survey of 18,000 millennial and Gen Z individuals. The survey had established a clear trend over the last four years of a rising number of millennials and Gen Z who declare that they feel stressed “all or most of the time.”  The percentage of millennials in this category had peaked at 40%, while the figure for Gen Z had reached 50%.  If we looked at the difference between genders, women were up to 11 points higher on these measurements than men.

Stress Levels Were Temporarily Reduced In The Pandemic

Deloitte repeated the survey in April 2020 during the height of the pandemic to get a perspective on changes during lockdown. They say that every cloud has a silver lining, and curiously during the height of the pandemic these percentages for constant stress levels dropped eight points in the lockdown pulse survey. At the same time optimism about the planets ability to address climate change rose. Not only that, job loyalty levels rose to levels not seen before in this survey. Could the pandemic really have been good for us?

Unfortunately, the few silver linings masked some brutal truths. Many people were not properly equipped to work from home, with the kitchen and bedroom becoming what McKinsey termed a “multiverse.” Where people once cooked and slept, they now worked.  It became where employees did everything, from home schooling to board meetings. At best it was a mixed bag, and for most part, the bad outweighed the good.

The Science Of Working At Home

The rapid transition to a working at home environment has given psychologists an opportunity to study the effect on several key indicators such as health, happiness and fatigue. The scientists found a mixed picture. In general, one factor did emerge strongly.

The response of employer organizations was a key factor in mitigating adverse health outcomes. The best employers did a great job, while those that did little, or nothing, suffered significant impact to employee health, well-being and engagement. The best companies did this through a combination of:

The response of employer organizations was a key factor in mitigating adverse health outcomes.

Transition To The Office

The word resilience comes from the word “resile” meaning to “jump back” or the ability of a substance or object to spring back into shape. Employers should aim for more than just “the way things were,” and in doing so aim to become better.

In his book “Good to Great,” Jim Collins talks of Admiral James Stockdale. He is attributed with the fundamental belief that leaders need to remain positive and yet at the same time, face the reality of the change. This is often known as the Stockdale Paradox.

Stockdale was a prisoner of war in Vietnam for eight years. Stockdale survived while those around him lost hope and died. When asked how he survived while others didn’t, Stockdale answered: “I never lost faith in the end of the story. I never doubted not only that I would get out, but also that I would prevail in the end and turn the experience into the defining event of my life, which, in retrospect, I would not trade.”

When asked about those that didn’t make it home, he said, “The optimists, they were the ones who said, ‘We’re going to be out by Christmas.’ And Christmas would come, and Christmas would go. Then they’d say, ‘We’re going to be out by Easter.’ And Easter would come, and Easter would go. And then Thanksgiving, and then it would be Christmas again. And they died of a broken heart.”

This is a very important lesson and is the reason that it is called a paradox: “You must never confuse faith that you will prevail in the end—which you can never afford to lose—with the discipline to confront the most brutal facts of your current reality, whatever they might be.”

In our transition through COVID, employers needed discipline to confront brutal reality. Those firms that took positive action to improve the day-to-day reality of their workers came through with a more loyal workforce and espoused the benefits of working at home.

Now that there appears light at the end of the tunnel, Deloitte has released their 2021 survey. It seems that the increase in loyalty has for the most part been retained. It is true that stress levels are back up somewhat, but there is a clear message that business must become a force for good. The environmental issues will return to the top of the agenda and that diversity and inclusion as a policy will be key to retention and engagement.

COVID isn’t over, but the sting is gone. People are left with a learning experience of acceleration. Accelerated digital deployment, accelerated societal expectations and the accelerated task of making business a force for good.

It is true that stress levels are back up somewhat, but there is a clear message that business must become a force for good. 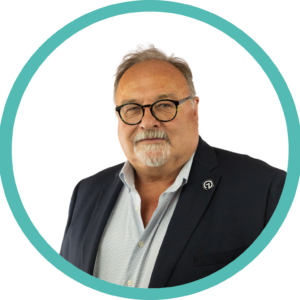 Andy Patterson is the head of research at Arcadia Consulting. He specializes in anthropology and neuroscience of cognitive behavior. He is passionate about understanding the underlying drivers for our mindset and therefore improving our performance. He is one of the founding partners of Arcadia.