We’ve all seen or been involved in organizational campaigns that had great messages. If we were lucky, those messages were delivered consistently by leaders from a variety of levels. Perhaps there was even in-house training or live webinars intended to make sure the entire workforce received the same information. Through these multiple mechanisms, the broader employee audience learned how important it was to achieve a certain goal. But then, nothing much happened in the long run. The messages were heard, but few, if any, changes were lasting.

The problem is that communicating information — even when it is concise, accurate and well delivered — is not usually enough to change behavior, especially when the behavior is a long-standing practice that most employees see as normal.

Being able to move beyond messaging to accomplish true behavior change is an increasingly important organizational skill. Most organizations are facing the need to alter behavior, whether the issue is sexual harassment, making sure all employees can contribute or maintaining a civil workplace. Here’s how to convey the right messages to employees and help them adopt the changes you want to see:

Keep It Simple and Specific

You could probably rattle off a long list of behavioral standards your organization wants to work on: improving respect, reducing discrimination and increasing inclusion, avoiding sexual harassment, improving compliance, and on and on.

That fact that there are so many issues competing for our attention is the first challenge. Throw too much at your learners, and you’re guaranteed to fail. If you want to see changes happen, start by creating a short, manageable list of values or principles that your organization wants to emphasize — the ones that that will make the most difference for your organization.

You can’t stop there, however. Telling people that your organization values respect, for example, doesn’t help them understand what respect means in everyday life. A word like “respect” is subject to varying interpretation. It can be misused and doesn’t give people direction.

Instead, focus on identifying the core behaviors linked to those values. For example, “respect” means there are certain topics you don’t joke about, so you could communicate to employees that they are not to tell or share jokes or derogatory comments that deal with race, gender, ethnicity, age, sexual orientation and disability. Stopping the jokes and discriminatory comments won’t cure all disrespect, but setting this standard will help people monitor their own behavior and make egregious types of disrespect more obvious.

Start by creating a short, manageable list of values or principles that your organization wants to emphasize.

Use Communication and Accountability Reinforcement to Create New Habits

For the past decade or so, the dangers of texting and driving have become obvious. Messages abound about the need to avoid distracted driving, yet it keeps happening. Obviously, knowledge alone does not lead to behavior change.

While communication and reinforcement are key components of any change strategy, you can’t stick with traditional approaches if you are serious about seeing change. Look at both of those components, and think about how you could ratchet up the stakes so that people will change.

Let’s start with communication. Regular messages from leaders about the importance of the change — delivered in their own voices live, virtually or even in writing — are a critical component of any reinforcement strategy. Employees must believe that what you’re asking them to do is important to the organization and could make a difference in their jobs. What’s more, they must hear that message multiple times before it will sink in. But simply understanding messages is not enough. After all, employees can understand them and still not apply them.

Think about what leaders could say or do that would increase the likelihood that change would happen. For example, if your organization is dealing with a hostile work environment, your senior leaders should communicate — often — the reasons it is an important business issue that they care about. They should also make sure that people understand why change is needed and that every individual must be actively involved through their own conduct and through taking action when colleagues’ conduct becomes a problem.

Then, leaders should help employees identify specific actions that will help create and sustain change. In one-on-one or small group conversations, they should ask others what specific actions they are prepared to take and discuss when to revisit and review those commitments. The idea is to make sure that recipients not only know the significance of an issue but commit to act in specific ways — commitments that are followed up on to ensure accountability.

Creating Habits Out of Disruptions

I don’t know anyone who has successfully changed his or her personal behavior without having to struggle through a long period of conscious effort. The same is true for organizations. Focus on a few key behaviors. Expect that you will have to repeat the messages regularly. Look for ways to reinforce the organizational expectations that make behavior changes more likely. The goal is to impose responsibility through messaging and reinforcement, based on actions that people commit to. In this way, you can make the transition from communication to behavior change.

Employees must believe that what you’re asking them to do is important and will make a difference in the organization. 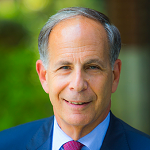