For organizations, #MeToo has created a new world. The movement has lifted a burden of pain and shame for millions of female employees, empowering many to demand justice, safe working conditions and fair opportunities. It has stripped power from badly behaved men whom human resources (HR) departments were previously been obliged to tolerate. It has also reinforced moves toward inclusive leadership cultures where every kind of talent can shine.

But #MeToo has also led many men to feel scared to mentor, sponsor or even work with women. Research from LeanIn found that, post #MeToo, 60% of male managers are “uncomfortable participating in a common work activity with a woman.” In addition, many organizations’ responses to #MeToo have been too narrow. Young white women are not the only victims, and older white men are not the only aggressors.

Data from a recent survey, as well as insights from scores of interviews, show where and how sexual misconduct in the workplace takes place — and how organizations can fight it.

Sexual Aggression in the Workplace: What the Data Says

The Center for Talent Innovation (CTI), a New York-based think tank, fielded a national survey of 3,213 college educated employees between the ages of 21 and 65 currently working in full-time, white-collar jobs. The results showed that sexual harassment (which may include anything from inappropriate emails to stalking) is appallingly common in the workplace: Thirty-four percent of women report suffering it at some point in their careers. The vast majority (97%) of these women have been harassed by a man, but 13% of men also reported having suffered sexual harassment, with most (68%) coming from women.

Sexual assault (defined as unwanted physical contact ranging from groping to rape) is rarer but still alarmingly frequent. If you are in a company with 100 men and 100 women, odds are that seven of those women and five of those men have suffered physical, sexual assault at work. Most women (94%) cite a man as the aggressor, while most men (76%) say that a woman assaulted them. Most men are, of course, physically stronger than women, but power often has little to do with physical strength. If your boss gropes you or insists on a late-night hotel room visit, you may be afraid to say no or file a complaint, regardless of whether your boss is a man or a woman.

Almost one-fourth (23%) of LGBT men report suffering sexual harassment in the workplace, and 9% report assault — making gay men, on average, more likely to suffer sexual assault at work than heterosexual women. What LGBT women suffer is off the charts: Forty-three percent report sexual harassment at work, and 10% report assault. Black men are another frequently targeted group; 21% have experienced sexual harassment, and 7% — more than one in five — have been sexually assaulted at work.

This and other data supports three key takeaways:

Fortunately, organizations can address these and other #MeToo challenges.

Publicize that the company has a “speak up” culture, and the board of directors backs it up.

Making Us All Safe — and Innovative

Here are three of the many concrete steps that your business can take:

When employees reported sexual harassment or assault, many HR departments previously followed instructions from “on high” to, first, avoid a lawsuit and, second, avoid firing or reassigning high-performing executives. This attitude is changing as awareness grows that sexual misconduct is a business risk. However, many employees still do not trust HR departments to protect them. As a result, companies must offer alternative reporting channels.

IBM, for example, has a safe line called “Talk it Over.” As IBM’s chief human resources officer, Diane Gherson, told me, “You tell your story, confidentially, without having to give your name, but at the end, the professional on the other end will say, ‘If you want me to take this forward, I’m going to need to use names, but here’s how I’ll use them. Here’s who will know.’”

Many victims hesitate to speak up because they fear ridicule or retaliation. International Paper’s general counsel, Sharon Ryan, explains how to address that issue: “It’s about actualizing respect and making sure that there is no retaliation for speaking up, and that everyone knows that,” she says.

That means publicizing that the company has a “speak up” culture, and the board of directors backs it up. It means a robust help line. And, it means swift action when someone reveals misconduct.

These six behaviors help create organizations where men and women work together in harmony and advance according to their merits. That type of environment not only leads to a reduction in risks in the #MeToo era. It also provides benefits in the areas of innovation and new market growth, as men and women feel free to express ideas.

Sexual misconduct affects women and men of every color, background and orientation, but there are actions organizations can take. The starting point is understanding that sexual misconduct at work is always about power­. Steps to assure that individuals with less power can work in safety will benefit everyone.

Sexual misconduct affects women and men of every color and orientation, but there are actions organizations can take. 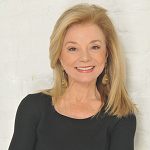 Sylvia Ann Hewlett is the founding president of the Center for Talent Innovation, a Manhattan-based think tank, where she chairs a task force of 82 multinational companies focused on fully realizing the new streams of labor in the global marketplace. Her book “Forget a Mentor: Find a Sponsor” was named one of the 10 best business books of 2013 and won the Axiom Book Award. Her latest book, “#MeToo in the Corporate World: Power, Privilege, and the Path Forward,” is out today from HarperCollins.