“Aikido’s harmony brings different, even opposing, elements together and intensifies them in a way that drives everything toward a higher level” (Mitsunari Kanai, “Technical Aikido”).

A search of TrainingIndustry.com for the term “experiential” returns 196 articles. It’s not surprising; thousands of books, articles and blog posts affirm the connection between experiential learning modalities, like rock climbing, ropes courses, equine-assisted learning, music and martial arts, and how we interact in the workplace and in life.

In their book “Leadership Presence,” Kathy Lubar and Belle Linda Halpern use stage techniques to help leaders become more present, expressive and influential. In “Visual Literacy: Applying Art to Workplace Safety Training,” Taryn Oesch describes how developing visual literacy through art improves employees’ ability to identify safety hazards. Whether increasing group connection by means of imagery or engaging and retaining employees through improvisation, the list of ways we can successfully use experiences in organizational training is varied and vast.

The Art of Peace

Aikido is a fairly recent evolution of the martial arts, developed in the early 20th century by Morihei Ueshiba, a skilled and renowned Japanese swordsman and martial artist. The word “aikido” is often translated as “the way of blending or harmonizing with energy” or, more simply, “the art of peace.” Aikido is first and foremost a martial art. It has roots in judo and jujutsu and yet is different in that the goal is not to block a strike, win a contest or otherwise prevail over an opponent. The goal is often described as learning to render the attack harmless without harming.

Three aikido principles – entering, blending, and redirecting – are fundamental to aikido and taught and used throughout the world to de-escalate conflict and build stability, flexibility and presence. Entering – moving off the line of the attack and into a partnering relationship with the attacker – creates alignment with the incoming energy, or ki. In blending, when you enter and align with ki, you can blend with it – add your energy to it. Next is redirecting the energy such that both sender and receiver remain unharmed.

Because aikido involves more flowing than fighting, most students enter the dojo (place of practice) with the goal of learning a martial art that teaches self-defense without injuring others. They soon understand that the physical components of the art apply in the outside world as well. Ueshiba said that he developed aikido as a way to “reconcile the world,” and from its earliest days, practitioners saw aikido as more than a self-defense art. Some of the earliest instructors to take aikido off the mat and into the corporate training room were Terry Dobson and Thomas Crum. Others followed; for example, Wendy Palmer, Richard Strozzi-Heckler and George Leonard each expanded the world of aikido applications to leadership embodiment, peak performance and executive presence. Today, many aikidoists and non-aikidoists employ aikido principles and techniques in training sessions and presentations worldwide.

Aikido contributes to the field of employee conflict resolution in unique and exciting ways by conveying the importance of non-verbal skills, such as centered presence, personal power and clarity of purpose. Specifically, aikido uses visual and kinesthetic channels to help the instructor demonstrate these qualities and the training participant adopt them.

Aikido conveys the importance of non-verbal skills, such as centered presence, personal power and clarity of purpose.

For example, a common aikido exercise called “the unbendable arm” invites participants to experience three types of energy embodied in their outstretched arm: rigidity, limpness and flow. When pressure is applied to their arm, the students feel what it’s like to resist the pressure, give in to the pressure, or use the pressure and redirect it toward purpose. The third, purposeful arm is the most relaxed and the strongest, yet it expends no effort. This “third arm” can represent many applications: 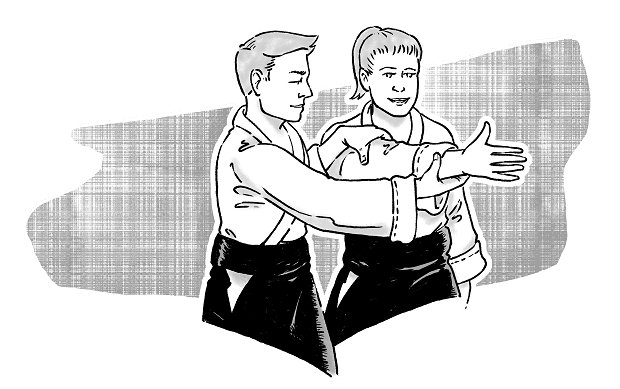 Aikido movements, words and phrases help students understand their conflict stories in ways that are new and unfamiliar and, therefore, easier to change. By engaging in an aikido movement called tenkan, for instance, participants learn to physically embody moving from an adversarial to a partnering stance. You start facing an “opponent” who grabs your wrist. Allowing the wrist to stay where it is in your partner’s hand, you practice pivoting to their side, visually and physically adopting a new viewing point, and changing the relationship to a partnering one. Practicing in this way, participants see their habitual reactions more clearly and in a non-threatening context; they also have a kinesthetic and visual experience to return to when conflict arises. 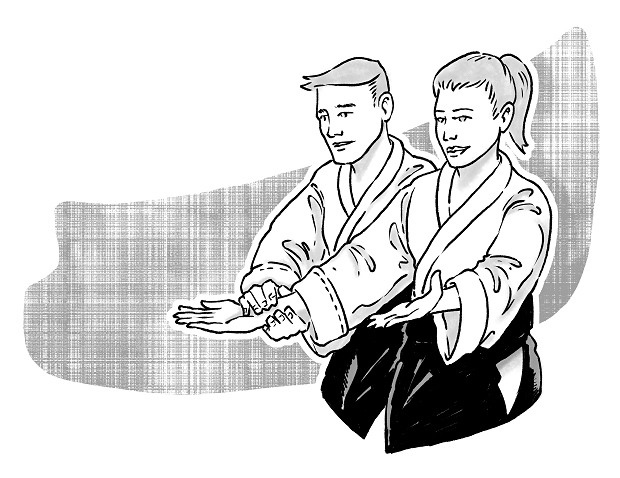 Perhaps one of the most important aspects of aikido as an experiential system is that it sets the stage for success through a practice-oriented approach. The martial arts, in general, model the premise of improvement through practice. What conflict skills do participants want to improve? Aikido offers techniques that apply in centering, relationship-building, problem-solving and emotional intelligence that participants can practice going forward.

Aikido is a martial art founded on the peaceful resolution of conflict, disarming without harm and redirecting incoming energy by joining it. On the mat or off, aikido offers students a physical way to understand complex subjects and is a critical factor in sustaining behavioral change. Specifically, aikido as metaphor and method creates a non-threatening training environment for difficult topics like conflict and having difficult conversations.

Through training in aikido principles and techniques, individuals and organizations can develop skills to manage conflict and communicate more purposefully, increase mindfulness and resilience, and acknowledge and use their emotional energy with intention.

Through training in aikido, individuals and organizations can develop skills to manage conflict and communicate better. 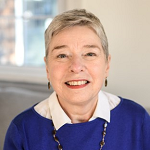 Judy Ringer is the author of “Turn Enemies Into Allies: The Art of Peace in the Workplace,” out today from Career Press. As the owner of Power & Presence Training, she provides conflict and communication skills training and coaching based on the martial art aikido, in which she holds a third-degree black belt.