It’s clear that sexual harassment is a topic that isn’t going away anytime soon. New allegations are released every day, and so are articles with titles like, “When It Comes to Sexual Harassment, Whose Side Is HR Really On?” and “Sexual harassment 101: what everyone needs to know.”

The sobering fact is that the recent rash of sexual harassment allegations are likely only the tip of the iceberg – it’s a huge problem across almost every industry. Onlookers marvel at the high number of offenders and wonder, “Why hasn’t this been talked about before? Why hasn’t something been done before now?”

From a training perspective, we can confidently say, “It has been talked about.” Many companies are worried about the legal repercussions of misbehaving employees, and sexual harassment is one of many crucial ethics topics they request be rolled up into an onboarding package called “compliance training.” It seems that in many cases, the problem is not a lack of education about sexual harassment. Rather, the problem is that even when people receive sexual harassment training, the training can’t be contextualized and, therefore, doesn’t stick. In fact, some evidence suggests that impersonal compliance training actually causes increased compliance violations. We are missing an opportunity to create positive work environments that would negate the very causes of harassment in the organization.

Even when people receive sexual harassment training, the training can’t be contextualized and, therefore, doesn’t stick.

Why Isn’t the Training Working?

Why doesn’t sexual harassment prevention through compliance training always work? We don’t have all the answers, but we do have some anecdotal evidence. A 1999 case study by Harvard Business Review suggested that the only thing that prevents misconduct is a company culture that simply doesn’t tolerate it.

Creating clear norms on what is acceptable and unacceptable behavior is only a first step. Any treatment of this issue has to focus on the positives of creating a work environment free from the abuse of power or position, which is often manifested through harassment. It would seem, then, that if compliance training were designed to foster a company-wide culture of responsibility and respect rather than legal jargon and scare tactics, these trainings would be far more effective.

If compliance training were designed to foster a company-wide culture of responsibility and respect, it would be more effective.

What was the focus of the last compliance course you attended? Did it emphasize the benefits of creating a culture that promotes normative behavior and respect and not just punitive ramifications? How much of the focus was on examples that felt fake or staged, without real context? Many compliance courses bury the emotional, physical and even organizational impact of sexual harassment beneath a lot of business and legal jargon.

While it’s true that sexual harassment has legal ramifications, employees often don’t take this kind of compliance training seriously, because they know that their companies are issuing the training to protect their own interests. As a result, employees lay the responsibility on the company’s shoulders, so they don’t seriously evaluate their own individual behaviors to see if they need to make changes. Rather, they muddle through a compilation of compliance training that includes subjects from harassment to diversity and other “check-the-box “ training requirements. What’s more, the problem is too often exacerbated by a management culture that says, “If we ignore the problem, it will go away.”

How Can We Change the Way Corporate Training Addresses and Prevents Sexual Harassment?

To create a culture that doesn’t tolerate misconduct, sexual harassment should be presented as a problem of personal ethics and integrity (which it is), the prevention of which lies in the hands of employees (which it does).

As part of this revitalized approach, compliance training should focus on illustrating why sexual harassment is not only disruptive to the workplace and employees but is also wrong. Through the right design, the training can be made personal. It should articulate what employees can and should do to combat sexual harassment, including monitoring themselves and others for behaviors that are outside of the acceptable norm for the organization. Additionally, the training should outline social and contextual strategies to complement individual efforts. The behaviors we need to train for emphasize the positive impact of an environment of respect, empathy and proper use of the power disparity that exists in any organization.

Through the right design, the training can be made personal.

It is imperative that we move away from the clinical and dry training to personal and emotional cultural enrichment that includes respect and empathy. What have we learned from the past 30 years of sexual harassment training? The old approach has only served the requisite legal objectives. Effective sexual harassment training requires companies to expand beyond the current narrow legal definition to include role-playing and simulations illustrating the desired state of the organization.

A successful training program should be designed around the organization, departments (where applicable) and roles, all within the context of the company’s culture oriented toward accountability, respect and empathy as well as compliance. Ideally, the scenarios used in the training should be personalized to everyday activities within your company. Often, legal departments in companies shy away from examples that look too much like real company examples and look only to events in the news.

We need to realize that for the training to stick, it needs to do two things. First, it must reflect reality within the context of your organization including the activities, emotions and even anxieties of people being trained. Second, it needs to employ frequent reinforcement to ensure the messages are internalized.

There is no one-size-fits-all training. On the contrary, to achieve the highest possible level of success, training must be designed around the organization and its culture.

Training must be designed around the organization and its culture.

Finally, it must be stressed that this training should live on its own. Sexual harassment training ideally should be elevated beyond the typical compliance training to make clear that it’s a critical component of the company’s culture and ensure that it isn’t lost in the myriad onboarding and training initiatives.

What Happens if Things Don’t Change?

Create a culture of responsibility and respect in which employees are given a better vision of what is possible. 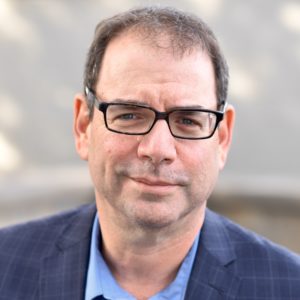 Ron Zamir is the president and CEO of AllenComm.